A war is raging in Europe. The far-right is re-emerging in the world. ​​Nazism is spreading again. When it comes to news in Canada, half the country is paralyzed by the strike. Five journalists from Mexico are reported to have been killed in January alone.

About two years later, the Covid-19 epidemic is still defining our lives. After the enormous loss of life of the Covid19 epidemic, the roughly two years of voluntary quarantine taught many, many people to be careful. Unfortunately, it is not enough, because there are still those who are against vaccinations, who are spreading rumors about vaccinations, there are still many who are taking the risk of the epidemic barefoot, not wearing a mask, partying, and even protesting against obligations.

We can only say that this is not a normal world.

If the correspondent reports that he was in a theater in such circumstances, it is unfortunately considered a boast. Going to the theater in this environment is not a normal thing.

It must be clear that a reduction in the risk of an epidemic will bring people out of their deep liar, their homes. They want the closeness of other people, they want to meet others, and they want to go to the cinema, theater, restaurant, community.

I was in a theater on Broadway now. The auditorium was crowded, it was a “full house”. 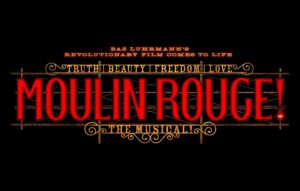 Entering the theater was not easy. Even the person who presented his vaccination card could enter the theater building.

The Broadway performance I watched was the Moulin Rouge musical. The following was written on the website of the theater performance for attention: “Baz Luhrmann’s revolutionary film comes to life onstage, remixed in a new musical mash-up extravaganza. … The Musical is a theatrical celebration of Truth, Beauty, Freedom, and — above all — Love. … Moulin Rouge! is more than a musical — it is a state of mind.”

As the correspondent, I can report even though the musical isn’t the typical American “happy ending,” but a sad ending story, it ended with a raging celebration of the audience. I witnessed a rarely seen theatrical event. The finale of the play is applauded by the audience while standing. The audience had to be seated so that the actors could sing and dance to an extra song.

I’m sorry I bragged I was in the theater. It was a good feeling. I wish a lot of that to myself and everyone.

I wish: to live in a normal world!

(Illustrations of the report were provided by Heath Schwartz, Vice-President of BONEAU / BRYAN-BROWN.)